Upon waking next morning about daylight, I found Queequeg’s arm thrown over me in the most loving and affectionate manner. You had almost thought I had been his wife. The counterpane was of patchwork, full of odd little parti-coloured squares and triangles; and this arm of his tattooed all over with an interminable Cretan labyrinth...
READ MORE

Upon waking next morning about daylight, I found Queequeg’s arm thrown over me in the most loving and affectionate manner. You had almost thought I had been his wife. The counterpane was of patchwork, full of odd little parti-coloured squares and triangles; and this arm of his tattooed all over with an interminable Cretan labyrinth of a figure, no two parts of which were of one precise shade—owing I suppose to his keeping his arm at sea unmethodically in sun and shade, his shirt sleeves irregularly rolled up at various times—this same arm of his, I say, looked for all the world like a strip of that same patchwork quilt. Indeed, partly lying on it as the arm did when I first awoke, I could hardly tell it from the quilt, they so blended their hues together; and it was only by the sense of weight and pressure that I could tell that Queequeg was hugging me.

My sensations were strange. Let me try to explain them. When I was a child, I well remember a somewhat similar circumstance that befell me; whether it was a reality or a dream, I never could entirely settle. The circumstance was this. I had been cutting up some caper or other—I think it was trying to crawl up the chimney, as I had seen a little sweep do a few days previous; and my stepmother who, somehow or other, was all the time whipping me, or sending me to bed supperless,—my mother dragged me by the legs out of the chimney and packed me off to bed, though it was only two o’clock in the afternoon of the 21st June, the longest day in the year in our hemisphere. I felt dreadfully. But there was no help for it, so up stairs I went to my little room in the third floor, undressed myself as slowly as possible so as to kill time, and with a bitter sigh got between the sheets.

I lay there dismally calculating that sixteen entire hours must elapse before I could hope for a resurrection. Sixteen hours in bed! the small of my back ached to think of it. And it was so light too; the sun shining in at the window, and a great rattling of coaches in the streets, and the sound of gay voices all over the house. I felt worse and worse—at last I got up, dressed, and softly going down in my stockinged feet, sought out my stepmother, and suddenly threw myself at her feet, beseeching her as a particular favour to give me a good slippering for my misbehaviour; anything indeed but condemning me to lie abed such an unendurable length of time. But she was the best and most conscientious of stepmothers, and back I had to go to my room. For several hours I lay there broad awake, feeling a great deal worse than I have ever done since, even from the greatest subsequent misfortunes. At last I must have fallen into a troubled nightmare of a doze; and slowly waking from it—half steeped in dreams—I opened my eyes, and the before sun-lit room was now wrapped in outer darkness. Instantly I felt a shock running through all my frame; nothing was to be seen, and nothing was to be heard; but a supernatural hand seemed placed in mine. My arm hung over the counterpane, and the nameless, unimaginable, silent form or phantom, to which the hand belonged, seemed closely seated by my bed-side. For what seemed ages piled on ages, I lay there, frozen with the most awful fears, not daring to drag away my hand; yet ever thinking that if I could but stir it one single inch, the horrid spell would be broken. I knew not how this consciousness at last glided away from me; but waking in the morning, I shudderingly remembered it all, and for days and weeks and months afterwards I lost myself in confounding attempts to explain the mystery. Nay, to this very hour, I often puzzle myself with it.

Now, take away the awful fear, and my sensations at feeling the supernatural hand in mine were very similar, in their strangeness, to those which I experienced on waking up and seeing Queequeg’s pagan arm thrown round me. But at length all the past night’s events soberly recurred, one by one, in fixed reality, and then I lay only alive to the comical predicament. For though I tried to move his arm—unlock his bridegroom clasp—yet, sleeping as he was, he still hugged me tightly, as though naught but death should part us twain. I now strove to rouse him—”Queequeg!”—but his only answer was a snore. I then rolled over, my neck feeling as if it were in a horse-collar; and suddenly felt a slight scratch. Throwing aside the counterpane, there lay the tomahawk sleeping by the savage’s side, as if it were a hatchet-faced baby. A pretty pickle, truly, thought I; abed here in a strange house in the broad day, with a cannibal and a tomahawk! “Queequeg!—in the name of goodness, Queequeg, wake!” At length, by dint of much wriggling, and loud and incessant expostulations upon the unbecomingness of his hugging a fellow male in that matrimonial sort of style, I succeeded in extracting a grunt; and presently, he drew back his arm, shook himself all over like a Newfoundland dog just from the water, and sat up in bed, stiff as a pike-staff, looking at me, and rubbing his eyes as if he did not altogether remember how I came to be there, though a dim consciousness of knowing something about me seemed slowly dawning over him. Meanwhile, I lay quietly eyeing him, having no serious misgivings now, and bent upon narrowly observing so curious a creature. When, at last, his mind seemed made up touching the character of his bedfellow, and he became, as it were, reconciled to the fact; he jumped out upon the floor, and by certain signs and sounds gave me to understand that, if it pleased me, he would dress first and then leave me to dress afterwards, leaving the whole apartment to myself. Thinks I, Queequeg, under the circumstances, this is a very civilized overture; but, the truth is, these savages have an innate sense of delicacy, say what you will; it is marvellous how essentially polite they are. I pay this particular compliment to Queequeg, because he treated me with so much civility and consideration, while I was guilty of great rudeness; staring at him from the bed, and watching all his toilette motions; for the time my curiosity getting the better of my breeding. Nevertheless, a man like Queequeg you don’t see every day, he and his ways were well worth unusual regarding.

The Art of Flower Decoration 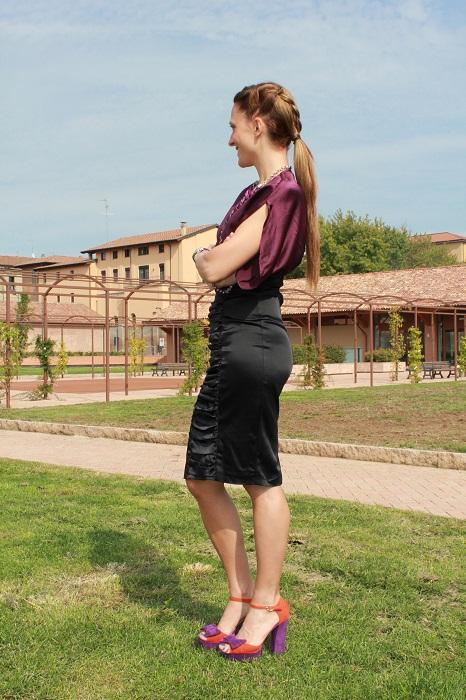 Make Up Your Mind: a sound track by jakeetheridge
Gestisci Consenso Cookie